5 Dreamy Destinations to Inspire Your Next Trip 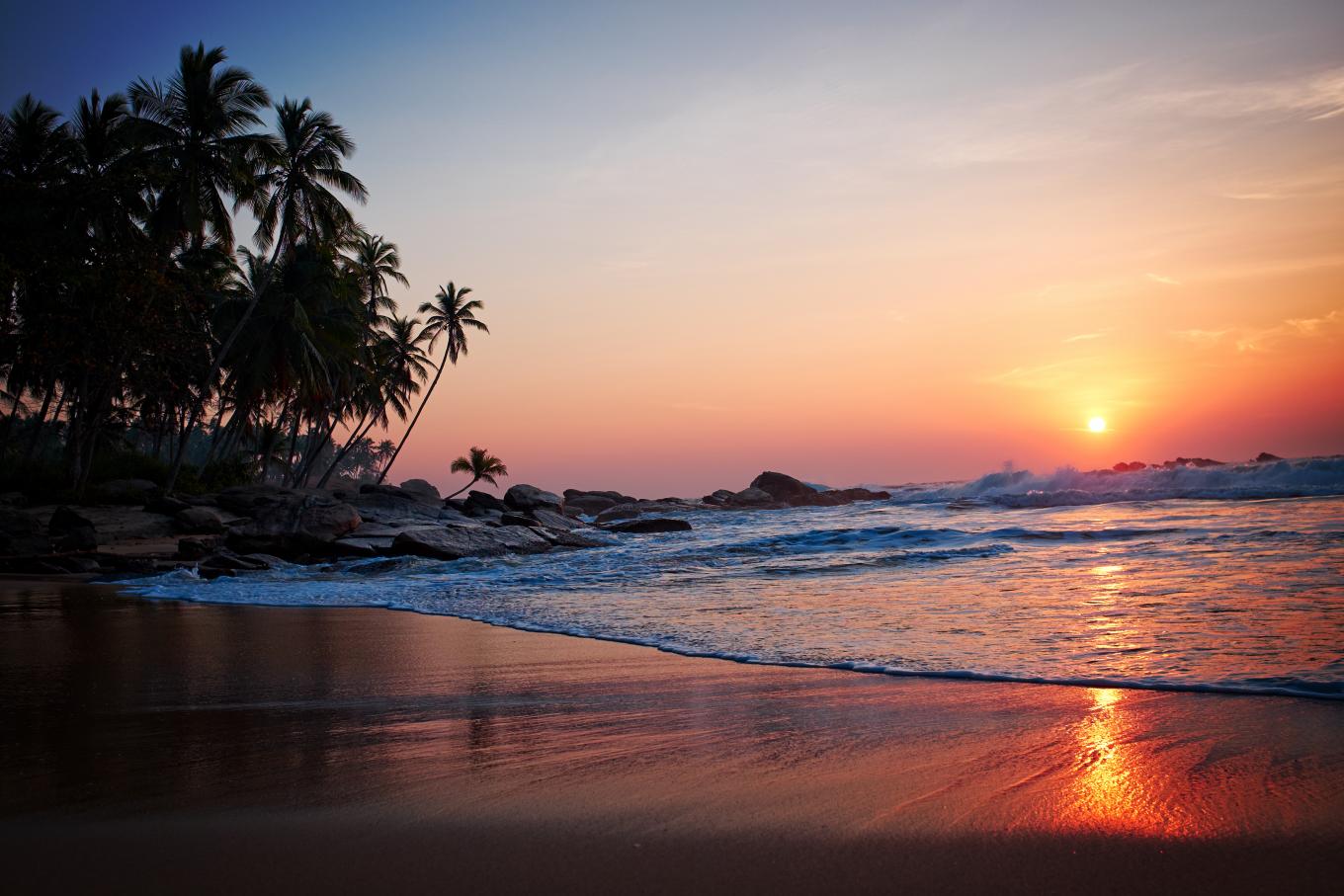 We’ve all thought about taking that dream luxury vacation, and then abruptly stopped ourselves midway through visions of a romantic trip to Hawaii because frankly, it’s never going to be something we can afford. As you read this article for the next five minutes, why don’t you let yourself dream? If it’s a mini getaway that you are looking for, these suggestions will definitely check off all the boxes. If you have 4 to 5 days to escape reality and fulfill some of your travel bucket list destinations then these are some great suggestions for your next getaway as well. If money were not an object, could you see yourself booking your tickets and packing your bags for these 5 amazing getaways? 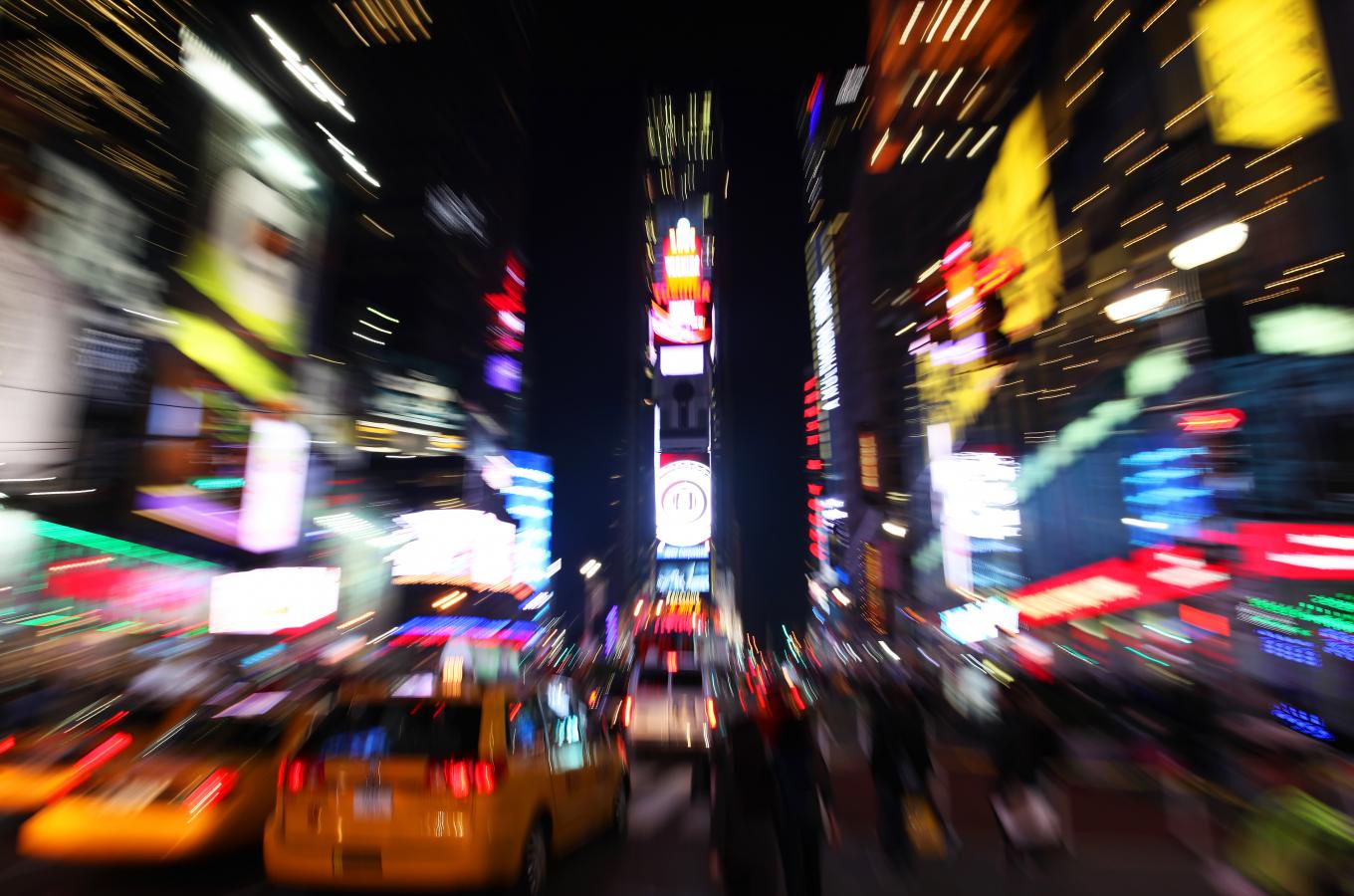 New York is known for its museums, theaters and wonderful array of restaurants, the sheer number of things to do in the Big Apple can be overwhelming. Your best bet is to make a list of the top ten sites you don’t want to miss. When you find that you need a break from the city’s busy street life and soaring skyscrapers, you can seek refuge in scenic Central Park.

As one of the most populated cities in the U.S. – this global center of entertainment, fashion, media, and finance – NYC requires energy and endurance. But don’t let the Big Apple’s frenzied sights and sounds intimidate you from taking in all its splendor. Wander through the streets and you’ll discover taxis roaring down the blocks of Madison Avenue, fast-paced pedestrians making their way to art galleries and trendy cocktail bars, along with Times Square’s neon lights flickering at all hours. And yet, the city’s blinking lights and chaotic streets also invite you to embrace every New York minute, explore every area and create your own urban adventure. There are endless ways to spend your time in the city that never sleeps – take it all in because what’s here today will be transformed into something bigger and better tomorrow.

Getting There
With as little as six weeks’ notice, you can book a fare on American Airlines from MRY with one stop through Phoenix and then onto New York for as little as $478 per person*, departing on a Wednesday and returning on Sunday.

For more information on things to do in New York, click here. 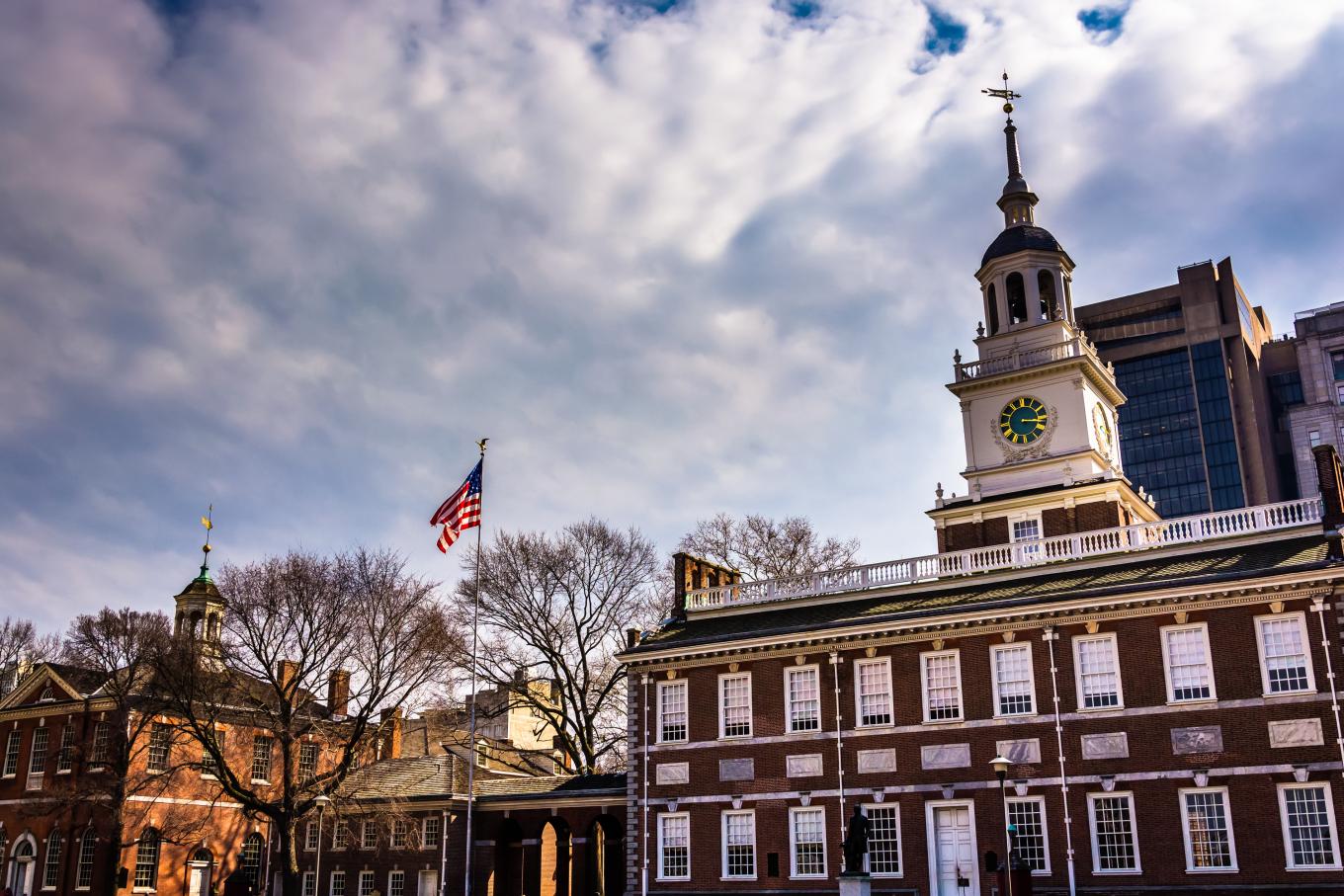 Philly offers so much more than cheesesteaks! Visit historic spots like Independence Hall, which is on the UNESCO World Heritage list, and the Liberty Bell before satisfying your appetite at Reading Terminal Market.

With its rich historical heritage, Philadelphia is one of the United States’ most visited cities. After all, both the Declaration of Independence and the United States Constitution were signed in Independence Hall. Benjamin Franklin, 18th century Renaissance man once called this city his home. And before Washington, D.C. took over its role, Philadelphia served as the country’s capital. This city is far from being stuck in its nostalgic past. The Philly of today is filled with notable museums, a vibrant nightlife, beloved sports teams and a thriving restaurant scene. Let’s not forget the steps of the Philadelphia Museum of Art, immortalized by Sylvester Stallone’s triumphant run in the film “Rocky.”

Getting There
With as little as six weeks’ notice, you can book a fare on American Airlines from MRY with one stop through Phoenix and then onto Philadelphia for as little as $442 per person*, departing on a Wednesday and returning on Sunday.

For more information on planning your trip to Philadelphia, click here. 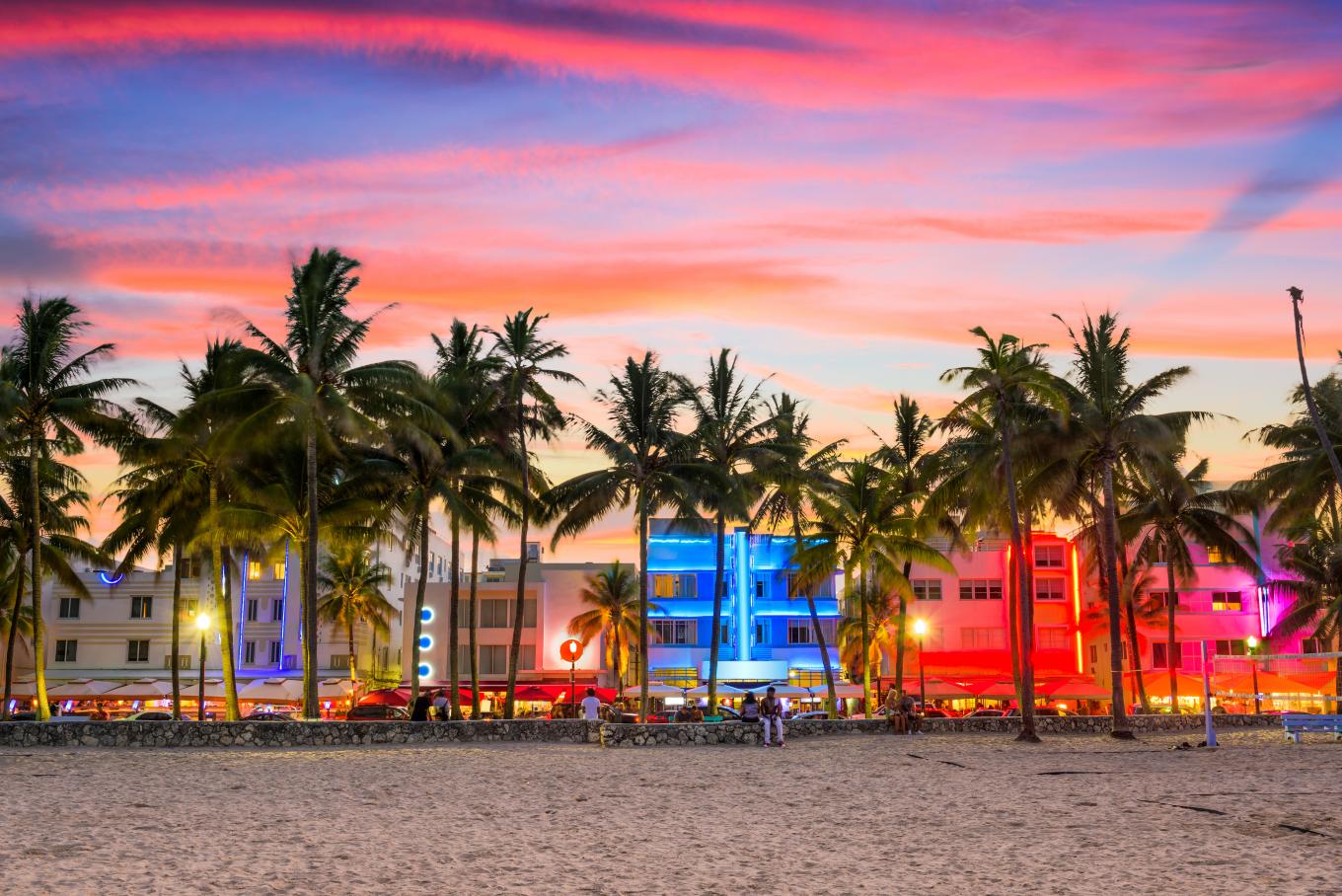 A weekend in Miami is all about taking in the culture. Dine on Cuban food in Little Havana, snap photos at the Wynwood Walls and soak up some sun on the beach. And don’t miss the nightlife along South Beach.

At first glance, Miami comes across exactly as it is: multicultural, diverse, different and glamorous. The city is a major trendsetter for the Southern USA and South America in fashion, music, art and more. With a combination of very diverse cultures and a concentrated dose of the arts along with a splash of ocean water – you have Miami. The eclectic art museums and burgeoning restaurant scene, one might find it hard to believe that this city was swampland. As developers descended upon the area, one of the most popular tourist locations and colorful city skylines in the USA was born.

Miami is ranked:
#1 in Best Places to Visit in January
#9 in Best Shopping Destinations in the USA
#11 in Best Weekend Getaways

Getting There
With as little as six weeks’ notice, you can book a fare on American Airlines from MRY with one stop through Phoenix and then onto Miami for as little as $496 per person*, departing on a Wednesday and returning on Sunday.

For more information on planning your trip to Miami, click here. 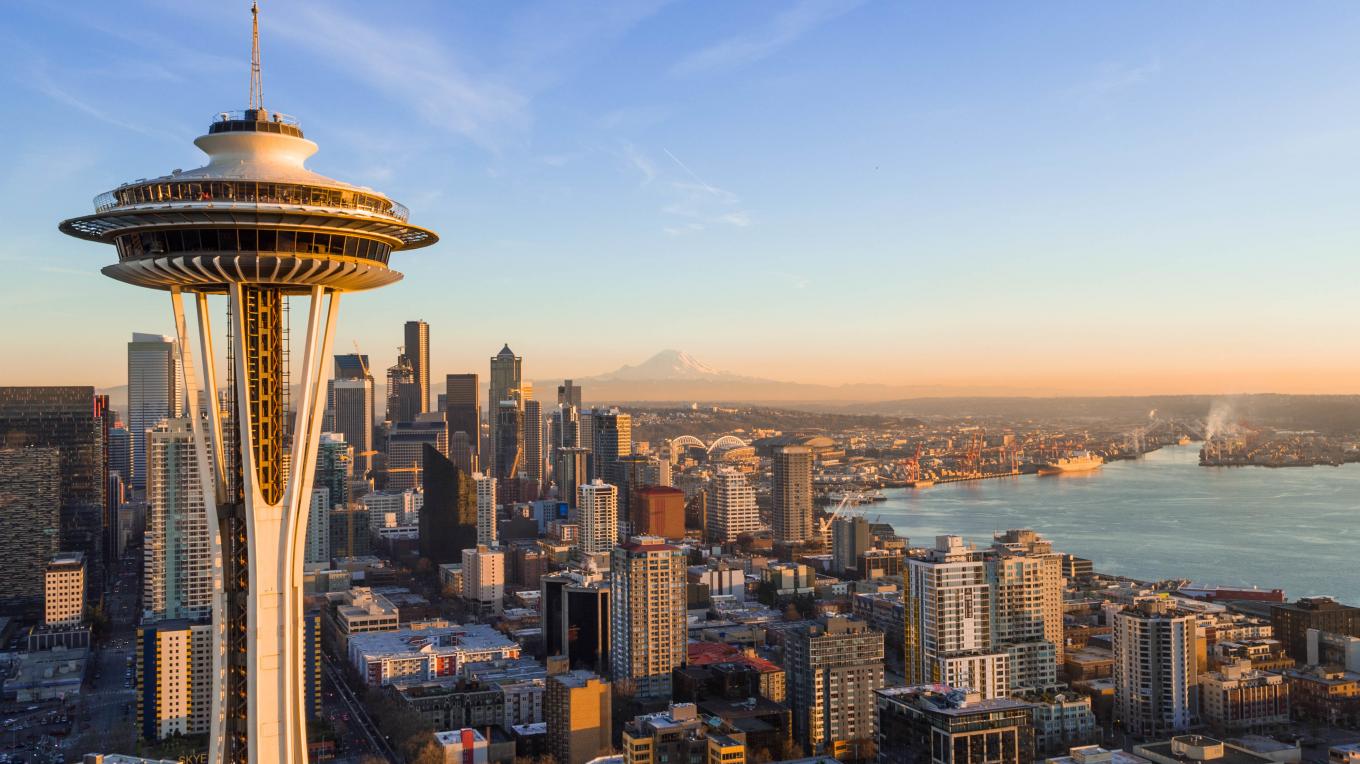 Known as one of the world’s greenest cities, Seattle is home to a unique blend of art, culture and nature. This hidden gem of the Pacific Northwest offers well-known sights such as Pike Place Market, the original Starbucks and the Space Needle. Don’t forget to pack an umbrella and a raincoat because the weather in the Emerald City can be somewhat unpredictable.

Seattle’s laid-back attitude and diverse neighborhoods more than make up for its consistently cloudy weather. Plus, it’s home to some of the country’s best coffee and a flourishing arts scene, plenty of history, culture and – when the weather permits – some exciting outdoor activities. Surrounded by water (and resting between Puget Sound and Lake Washington), the city’s favorite outdoor adventures include kayaking, hiking and camping. Not only that, but the nearby Olympic Mountains and the giant Mount Rainier are visible from many spots in the city; ski slopes are just a short drive away. And while travelers often complain about the weather, there’s actually less annual precipitation here than in New York or Boston! Overcast skies rarely stop locals from getting out and exploring the city – and it shouldn’t stop you either.

Getting There
With as little as six weeks’ notice, you can book a fare on United Airlines from MRY with one stop through SFO and then onto Seattle for as little as $275 per person*, departing on a Wednesday and returning on Sunday.

For more information on planning your trip to Seattle, click here. 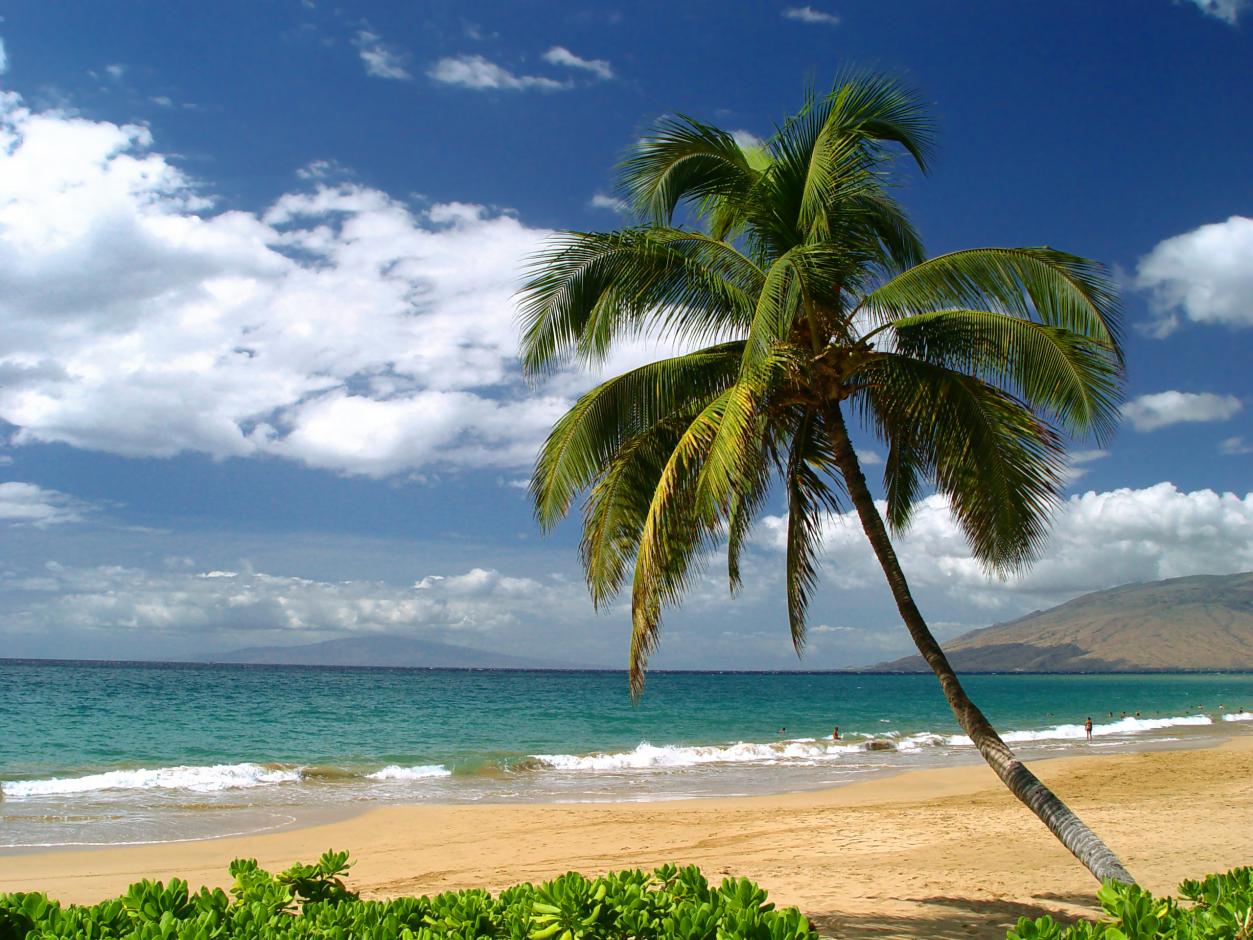 With tranquil beaches and lush parks, Maui is escapism at its finest. Here you can spend your days admiring the scenery as you cruise along the Road to Hana or lounge across the sands of Kaihalulu. Sampling the island’s seafood is also a must.

Maui, known also as “The Valley Isle,” is the second largest Hawaiian island. The island is known for its world-famous beaches, the sacred Iao Valley, views of migrating humpback whales (during winter months), farm-to-table cuisine and the incredible sunrise and sunset from Haleakala. It’s not surprising Maui has been voted “Best Island in the U.S.” by Condé Nast Traveler readers for more than 20 years.

Getting There
With five months’ notice, you can book a fare on United Airlines from MRY with one stop thru San Francisco and then onto Maui for as little as $630 per person*. Departing on a Sunday and returning the following Sunday.

For more information on planning your trip to Maui, click here.

Studies show that travelling can improve your overall health and enhance your creativity. Therefore, you need to take time out from your daily tasks, office responsibilities, hectic schedule and everyday pressures at least once a year. Plan a tour to a new city and let life present you with the numerous opportunities that are waiting for you. So what are you waiting for? Book your trip!

Don’t forget to leave us a comment below telling us what your favorite one-stop destination out of MRY is!

**All city rankings are based on the U.S. News & World Report travel rankings

This item appears in

Back
This item appears in:

Monterey Regional Airport (MRY) has over 95 one stop destinations to places all over the world! Some of you might automatically select nonstop flights when booking your trip, but did you know that nonstop fares tend to cost more? The big benefit of one stop flights is the potential to save money.

One-stop Connections Through MRY With one connection, Monterey Regional Airport can reach over 95 different destinations worldwide!

MRY offers one-stop connections to numerous cities worldwide making it an excellent choice for those who seek convenient worldwide connectivity.  Toggle between the lists of domestic and international destinations below to see where we can take you.